Posted on April 5, 2017 by deconstructingdoctor 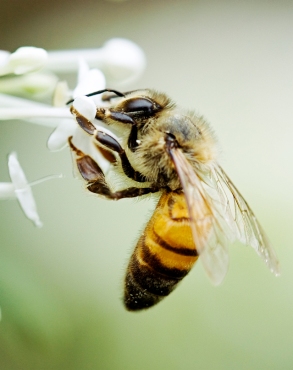 We have a lot of conversations on the way to school in the morning.  Maybe it’s the early morning; we seem to be morning people in this family.  Maybe it’s the twenty minutes uninterrupted by Minecraft or Teen Titans Go in the background.  Maybe it’s just the breezy light feeling of driving down the road, unhurried and unstressed.

Why does God have to make bees, anyway?

Flowers have to be pollinated.  Then they can produce fruit.  Vegetables.  Seeds.  Bees are good for the earth and for plants.  And what’s more, every creature has a way to defend themselves.  Bees are so small and God gave them stingers for defense.

It made me think of the time the oldest asked me on our morning drive if it was hard to be a grown up.

Hmmm.  How does one answer that question?

Sometimes it’s hard.  But mostly it’s great, I get to go to work and help people.  I get to drive a car and read big books.  I have a bank account and I can buy things when I want.

I think I was feeling especially positive that morning, because this morning, being an adult was really hard.  Getting ready for school, the news was on and the oldest stood slack jawed in front of the TV, the color in his face drained.  What in the world was he watching?  I joined him and watched as scores of Syrian children were being carried, limp and pale, clinging to life after chemical weapons were used against them, likely by their own government.

What happened to those children?  Why would someone hurt kids?

This is the part of being an adult that is hard to put in words.  Shitty things can happen in this world.  Really shitty things.  Things that can not be explained.  Things that go against everything within your soul that tells you what is right.  Sometimes being an adult means you face the evil of the world and you have to find a way to keep going.  Keep loving.  Keep trying.  Keep hoping for a better world for your children and their children.  Hope in the face of complete and utter despair.  That’s what being an adult is like.  That’s when it’s hard.

A bee sting is nothing compared to what can happen to you in this world, children.  What is happening to children right now.  You’ll learn in time that being afraid of bees is silly.  You’ll learn that there are so many worse things to be afraid of and when that happens, I fear you will no longer be children anymore.  That’s when you’ll know what it’s like to be a grown up.