Posted on April 28, 2017 by deconstructingdoctor 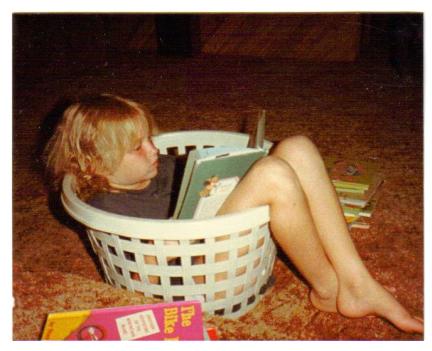 If you were to ask me who my favorite writer is, I might be inclined to say something that would impress you with my great literary insight like Hemingway, Keats, Austen, Joyce, or Fitzgerald.  I love them all, but if I were to be completely honest with you, my favorite author, one that has influenced me the most, well that would be… Stephen King.

I have always been a voracious reader.  My mom was before me.  She had hundreds of books, always hardcover.  If she found a writer that she enjoyed, she bought all of their books.  She could read a book in a day if left alone.  She was always reading.  I think it gave her community.  An escape.  A life.  I learned early on the joys of reading from her.

When I was a preteen, I had a friend named Sandee and she had an older brother named Dave.  He had long hair, wore a tie-dyed Led Zeppelin shirt, and smoked pot.  He was dreamy.  It was Dave that first introduced me to Stephen King.  He gave a copy of Carrie to Sandee and then she gave it to me.  Passing from one hand to the next, it was like receiving a great book of knowledge, a holy grail of sorts.  Dave, who once drew a picture of a penis and testicles on the cover of my slam book when I was in middle school, highly recommended the book.  Clearly, I jumped at the chance to read it.  I mean, Dave was so evolved!  He was in high school!  He had forbidden knowledge!

Carrie was the most incredible book I had ever read!  There were curse words and sex, but not graphic or raunchy, at least not that I remember.  There was drama and tragedy and most importantly, horror.  Carrie had magical powers.  And that mother of hers!  Looney Tunes.  Blood and death.  Fear.  Murder.  Rage.  Coming of age.  Desire.  Tragic Loss.  Poor Carrie.

I told my mom about Carrie.

I read a Stephen King novel once.  I didn’t like it at all.  Too gory.  Too scary.  I just don’t like Stephen King.

The next time we were at a bookstore, I asked for Cujo.  She shrugged her shoulders and said, sure.  Then it was Pet Sematary.  Night Shift.  Thinner.  Salem’s Lot.  Christine.  Firestarter.  Misery.  The Stand.  It.  Dark Tower Series.  The list goes on…

I haven’t read a novel by Stephen King in years.  Just got too busy, I guess.  I think because of King, I became less afraid later in life.  When you consider your deepest fears, truly consider them, face them, they lose their strangle hold.  His novels take a mundane subject, like the family pet, and turn them into a blood thirsty enraged killing machine.  The family pet betrays its family.  It turns on them.  He takes the comfortable societal norms and mutilates them into the unthinkable.  I like that.  I want to think the worst so that I am never disappointed.

As I write this, I can’t help but consider how this has shaped the way I think about medicine.  We are trained to think the worst case scenario when a patient presents with a complaint.  What is the worst thing that this could be?  Then work backwards from there.  I can not fear the possibilities.  I must consider them all and rule them out. I can have no fear.  The patient is afraid enough for the both of us.

16 Responses to My Favorite Writer