Posted on July 30, 2017 by deconstructingdoctor 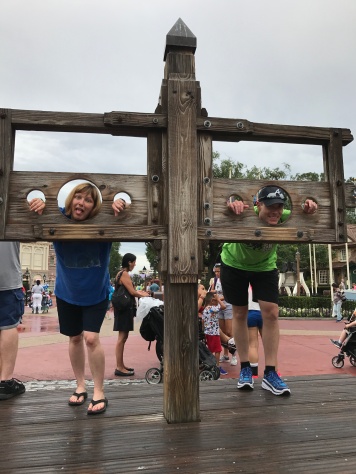 I like reading stories about people doing good deeds.  I am greatly annoyed by stories that people post about themselves doing good deeds.  That defeats the purpose!  You don’t take pictures of yourself giving a sandwich to a homeless person and then post it on social media saying how awesome you are for giving a homeless person a sandwich, you narcissistic lunatic!  A few weeks a ago, or maybe it was a few days ago, I don’t know, time flies, Donnie Wahlberg posted a pic of himself with the staff at a Waffle House.  He wrote about how great they were and how he left them a tip.  A $2000 tip.  OK, that’s nice, but you are not supposed to announce that yourself, dumbass.  You aren’t supposed to take credit.  Just leave the tip and go on.  No pictures, no credit.

He basically got a deal, though.  He spent $2000 for people on social media to share his good deed and get himself a little positive publicity.  So Hollywood.

It made me think of my staff and the hundreds of good deeds they perform all the time that no one ever notices.  They don’t announce their good deed, they don’t boast, and they certainly don’t get any credit.  A patient’s late power and water bills getting anonymously paid.   Medicine showing up on someone’s doorstep.  Phone calls, cards, and Facebook messages to our patients that encourage those that are struggling.  Heartfelt prayer requests about a patient that shows up in a group message.  My staff genuinely cares for the patients that they serve.  They live and breathe to help others.  It has never been about a paycheck because if it were, they would have left a long time ago.

It was just last week that I witnessed them in action.  It was like a major league football team going through a play.  A patient needed to be seen.  She had a fever, cough, and she felt weak.  Her family was out of town.  Her husband passed away a few years ago, and she hasn’t driven since.  She had no way to get to the office.  The staff got into a huddle.  Muffled voices and hand gestures ensued.  They broke from formation.  One of the nurses would leave, the others would cover for her, and she would go pick the patient up at her home.  She would bring her to the visit and then drive her back home afterward.

Later, there was a complication.  She would need an X-ray at the hospital.  That was not in the playbook.  They got into a huddle again.  This time the patient was involved.  Who were her neighbors?  Who did she go to church with?  A name was decided on.  He was a patient, too.  They found his number, called him.  He would meet the nurse and patient at the patient’s home, pick her up and take her for the X-ray.  The pass was complete.  Touchdown.

I was done seeing patients, and ready to go home, but I stood around just to watch their handiwork.  I wanted to bask in their unyielding kindness and empathy.  It was a wonder to behold.  By the way, unlike Donnie, I had absolutely nothing to do with this, I can’t take any credit, she wasn’t even my patient.  I was just there to bear witness to humans doing good things for other humans because that’s what they do.  No recognition, no reward, no financial gain, no obvious benefit to the doer.

18 Responses to No Good Deed…