So you want to be a doctor?

Posted on August 12, 2016 by deconstructingdoctor 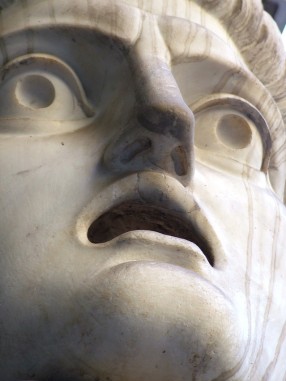 No really, do you belong in a mental institution?  Yeah, that’s a joke, too.  My sense of humor takes some getting used to.

If you like being berated, abused, overworked, under appreciated, paid just enough so that you really can’t do any other job, owing hundreds of thousands of dollars to do a job that most people think they can do just by getting on Google, well then you should be a doctor.  You should do it.

When I wanted to be a doctor, I told very few people.  I learned my lesson early on.  My mom told me that she ran into one of my friend’s mothers at the grocery store and she said she heard I wanted to go to medical school.  “She probably won’t get in, she’s just not smart enough,” she said.  Maybe that was true, but I got in anyway.  So here’s a little middle finger for you, lady.  Those kind of comments only egged me on.

While in training, too many doctors made too many comments about getting out.  Leaving.  Doing something else.  Get out while you can.  It happened A LOT.  Those comments only egged me on.  Those doctors lost something along the way.  Something was destroyed in them.  That wouldn’t happen to me.  I was different.

They say that doctors eat their young.  It’s true.  They tried.  I must have had too much gristle because they chewed me up and spit me back out and made me one of them.  Tough.  Guarded.  Compartmentalized.  And now it’s my turn to teach the young.  To teach you.  To make a doctor out of you.

You and I really aren’t different from those wise and aged doctors that had had enough.  The ones that wanted to leave.  The ones who have been on the battlefield.  War-weary and damaged.  The ones who just can’t go on anymore.  Our brothers and sisters in the fight.

And it will be a fight.  I hope you are ready.

You probably are.  Listen, don’t be discouraged.  The ones like us, our numbers are many.  Some day I hope we will truly realize that our strength lies in our numbers, that we stop competing with each other, stop trying to destroy each other, stop isolating ourselves, ban together, and make changes to our beloved profession for the better.  For ourselves.  For the ones that come after us.

Before there’s nothing left worth saving.

5 Responses to So you want to be a doctor?