Posted on March 17, 2018 by deconstructingdoctor 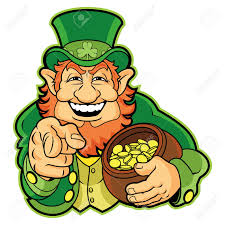 My daughter is 7.  She is in the first grade.  It’s a sweet time of life because she still likes me and she still wants to be seen with me.  In fact, she requests my presence the mornings that I drop her off at school.  She wants me to walk her to her class instead of dropping her off in the car line.  I walk her to class and she always gives me an awkward side hug before she goes inside.  It’s hip to hip with an arm barely slung over the back.  It’s kind of pitiful as hugs go, but I don’t push it.  I want to embrace her, even give her a kiss on the cheek, profess my undying maternal love for her, but I resist.  I relent.  She’s building street cred and I don’t want to get in the way of such important work.

I’m not entirely sure how the awkward side hug came about because we are full frontal huggers in this family.  We hug for too long, no one giving up their end of the hug before the other.  I guess that’s another version of an awkward hug.  We are the kind of huggers that hold tightly, loosening the embrace to sense the integrity of the hug from the other person, but not fully letting go.  If their hug remains steadfast, well by golly, we re-squeeze.  This could go on for a while.  Too long, if you ask me.  I often push away first.  You are suffocating me!!  I think my husband started this, because he hugs forever.  It’s totally awkward.  And it drives me crazy.  I think he finds humor in the squirming that the hugger (him) causes the huggee (me).

I walk with her to class and she typically hangs up her jacket, her back pack, and her lunch box.  She pulls out her notebook, water bottle, snack, and balances them in one arm while giving me the awkward side hug with the other.  Then she bounces into class without a backward glance or goodbye.  It’s the same thing every time.

The kindergarteners are in the room right next door.  I often watch them come and go, their mommies and daddies shuffling them to class, their teacher greeting them only the way a kindergarten teacher can, dressed in full holiday attire -right now it’s all green for St Patrick’s Day, with leprechaun-inspired headband (imagine rainbow with a pot of gold on top of her head held steadfast and immobile), a glittery shamrock t-shirt, and green leggings.

While I waited for my daughter to unpack her things, the kindergarteners appeared to be all in a tizzy.  Something had happened in the night!  All of their chairs were stacked on top of their desks!  How did this happen, they asked?  The Kindergarten teacher, dressed for the occasion, told them about the Leprechaun that must have wreaked havoc in their classroom in the middle of the night.  She explained that they were going to devise a trap to catch him, but he was smart and quick, a mischievous sort, harmless, but prone to causing trouble.  They buzzed with excitement, each of them shouting out ideas simultaneously for the trap that they would build to catch him.

Each day, another incident would befall the Kindergarteners.  One day the chairs were lined up in the hallway, another they were piled haphazardly where they hung their backpacks.  They just could not seem to catch that leprechaun!

In the midst of the leprechaun’s antics, it occurred to me that some people have proposed that teachers be trained to carry and then potentially use a gun to protect their students while in school.  Teachers like this kindergarten teacher with her green leggings and silly hair accessories, with her overly bubbly and energetic personality, with her whimsy.  Could I imagine this woman concealing a weapon on her person?  She’s the kind of teacher where the kids leap into her arms and give her great big hugs.  How would a weapon in a holster affect that kind of relationship?  Would hugs be off limits?

I tried to imagine her with her green glittery shamrock t-shirt, grabbing her gun in both hands, aiming at another human being and pulling the trigger.  Can the same person that dreams up leprechauns to inspire the imaginations of her 5 year old students be willing or able to shoot a gun while her frightened wards huddled in the corner?  Even if she could, would her pistol, likely held in trembling hands, fire a bullet that would hit it’s intended victim?  What if a child were killed instead?  What if the perpetrator had a more powerful weapon, she would be outgunned, out-trained, and all that cost, all that fear, all those awkward and avoided hugs would be for nothing.

My daughter was ready to go into her first grade classroom.  She went to give me that awkward side hug again, but this time I stopped her.  No, I want a real hug.  She gave me that side-eye of hers that albeit cute now will probably become rage-inducing when she is a teenager.  She sighed, put her notebook, drink, and snack on the ground and allowed me to give her a proper hug and she gave one right back.  Then she picked up her things and bounced into class without turning around or looking back.